Despite improvements, Cambodia’s human capital still falls behind its neighbours. 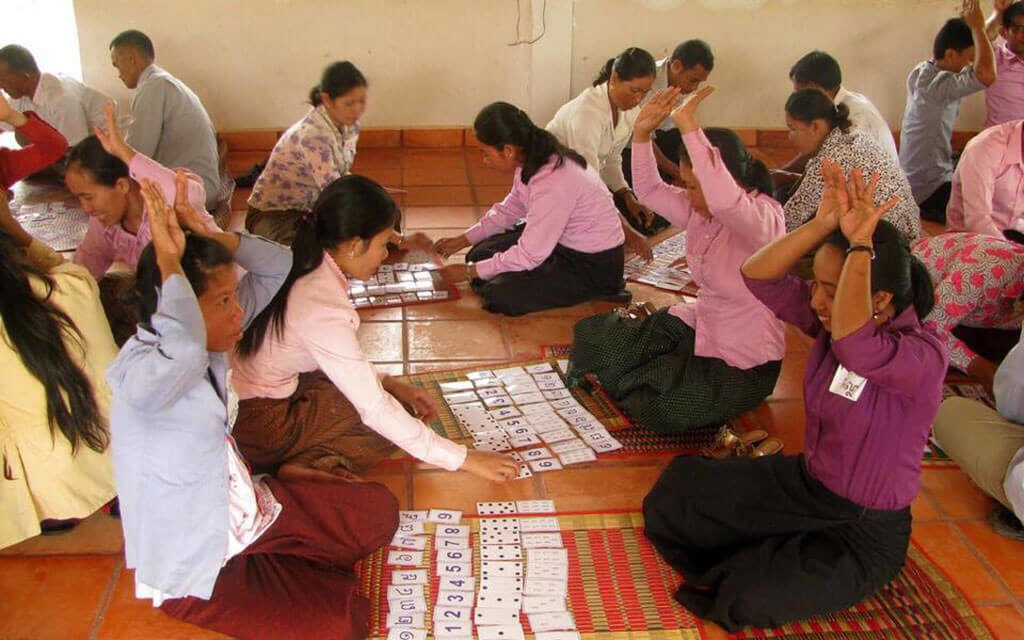 The Global Human Capital Index  shows Cambodia has improved its human capital indicators, but at the same time, has fallen behind countries in the region with whom it is usually compared. The report also emphasizes that broad-based improvements in education are critical to sustainable, inclusive growth.

The Global Human Capital Report 2017 released by the World Economic Forum, ranks 130 countries on how well they are developing their human capital, and allocates a score on a scale from 0 (worst) to 100 (best) across four thematic dimensions to capture the full human capital potential profile of a country.

The report points out that human capital is critical to economic success.  “How nations develop their human capital can be a more important determinant of their long-term success than virtually any other factor.”

In 2017, Cambodia ranked 92 out of 130 countries, up from 100 in 2016. However, its neighbours are showing much greater improvements.  Myanmar’s ranking of 90 this year was up from 109 in 2016, while Laos jumped from 106 last year to be ahead of Cambodia at 84 in 2017. Other near neighbours, Thailand and Vietnam, are substantially ahead of the Kingdom on this index. 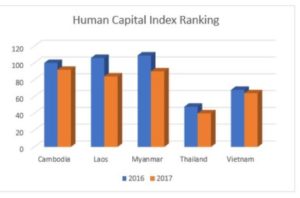 The Report includes figures for the quality of educational institutions based on The World Economic Forum’s Executive Opinion Survey that captures the opinion of business leaders around the world on a range of topics for which conventional hard data is unavailable or unreliable. The figure for quality of primary schools represent business leader’s perceptions on the level of excellence of primary schools in their country of residence.

In a comment that should be noted by education authorities in Cambodia and other developing countries, the Report points out that picking winners in the education stakes is not an effective strategy.  “All too often however, human potential is not realized, held back either by inequality or an unrealistic and outdated faith on the part of policymakers that investment in small sub sections of highly skilled labour alone can drive sustainable, inclusive growth.”

The work of SeeBeyondBorders and other NGOs, along with reforms being rolled out as part of the national education reforms, should improve education standards in Cambodia, and help to improve Cambodia’s standing in future.  However, systemic change in the quality of public education is required to deliver significant improvements.

Teacher quality is recognised as the single most important factor in learning outcomes, and SeeBeyondBorders is the only NGO in Cambodia supporting teachers to train their peers, effecting systemic change and promoting sustainability.